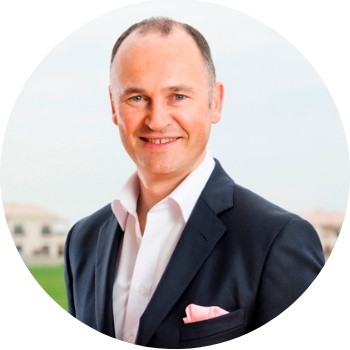 In his role as General Manager, Andrew leads business operations and transitioned Grosvenor House Suites to an independent property managed by Highgate Hotels.  During his expansive career, Andrew has worked through a number of Food & Beverage Operations and hotel openings in private as well as corporate hotels and resorts all over the World, from the United States of America to Ghana, Jordan and Dubai.

As General Manager at Grosvenor House Suites, Andrew is committed to bringing unrivalled service and providing the ultimate stay experience in Mayfair, London. 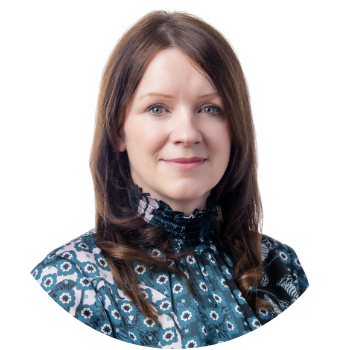 Brenda Collin serves as Executive Vice President of Europe for Preferred Hotels & Resorts, overseeing the company’s growth and evolution in the region, as well as ensuring the retention and success of nearly 200 member properties across 25 countries in the region.

Since joining Preferred in April 2013, Brenda has been instrumental in generating significant awareness of the Preferred brand among trade and industry audiences. In addition to strengthening engagement among existing member hotels, she succeeded in tripling the size of the company’s footprint in the region during a seven-year timeframe by spearheading representation of acclaimed hotel companies such as Nordic Hotels & Resorts and signing more than 50 new member hotels such as The Beaumont (London, England); Old Course Hotel (St. Andrews, Scotland); Pulitzer Amsterdam (The Netherlands); and Hayfield Manor (Cork, Ireland).

A Fellow of the Institute of Hospitality and Chair of the organization’s London branch, Collin holds a B.A. in Hotel & Catering Management from Galway & Mayo Institute of Technology, as well as a Certificate in Hotel Real Estate Investments and Asset Management from Cornel University’s School of Hotel Administration. 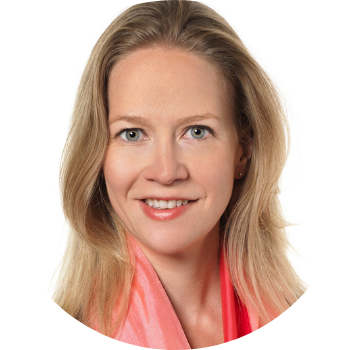 Charlotte Evans is Group Publishing Director of Condé Nast Johansens, a position she has held since 2012. Here she is responsible for the strategic direction of Johansens across print and digital. Prior to this she held the role of Publishing Director for Europe. Charlotte is an Ambassador for Hospitality Action and a firm supporter of sustainability and inclusivity across the hospitality sector. A passionate media and communication professional, Charlotte feels privileged to be working with many of the UK’s finest hotels. 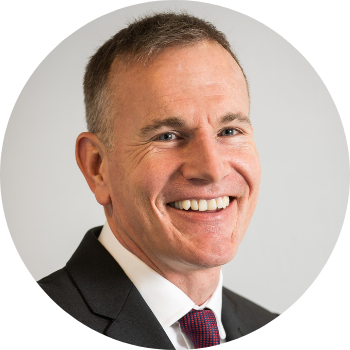 David started at Landau Manson in July 1989 and became a Director and shareholder in July 1999. He was made Managing Director in March 2006. In July 2009 Landau Manson merged with James Hallam Ltd and David was appointed Managing Director of Hospitality and Leisure looking after Gauntlet (the hotel experts) and Arnold Fisher (the travel experts). Since then he have created a new division at James Hallam focusing on the hospitality industry which has doubled in size over the last 3 months. In partnership with our sister company Touchstone Underwriting he has also re-launched Gauntlet which now insurers high end, high profile hotels on a market leading wording which really is the future of hotel insurance. 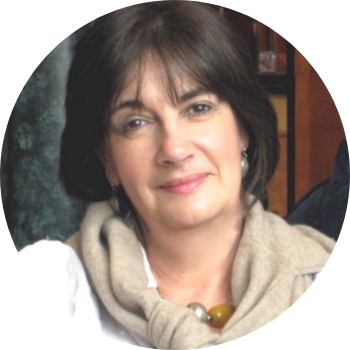 Fiona Duncan has been writing about and reviewing hotels for 35 years. She researched and wrote many guides in the Charming Small Hotels series, travelling in Britain, Europe and beyond, and began her hotel column in the Sunday Telegraph in 2006 which continues to this day.

Jane Pendlebury is CEO of HOSPA | The Hospitality Professionals Association. Her relationship with HOSPA was first as a sponsor and member, then - after volunteering her time assisting with the annual conference HOSPACE - she was taken on to run the Membership and Events office before being promoted to CEO in early 2016.

Kickstarting her career with a degree in hotel management, Jane worked with both chain and independent properties. Thereafter, she spent many years assisting hotels and restaurants with their technology decisions around Property Management, Point of Sale and Revenue Management. This culminated into a role as VP and General Manager covering Europe for a global software house.

Jane is an enthusiastic supporter of hospitality and always remains a positive advocate for the industry! 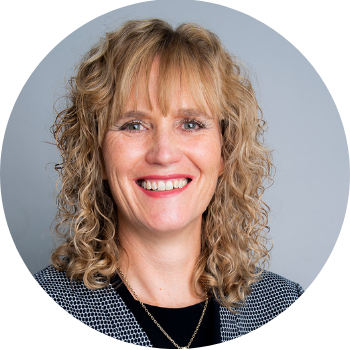 General Manager at The Athenaeum Hotel and Residences

Joanne Taylor-Stagg is a seasoned hospitality professional with over 25 years’ experience, holding many senior roles in that time. She uses creativity and leadership to facilitate the growth of her team and the establishments, delivering record-breaking revenue, exceeding guest and team satisfaction whilst managing positive owner relationships. Joanne has overseen multi-million-pound refurbishments, worked on acquisitions and refinancing deals.  Progressing and nurturing young talent is a passion of Joanne’s. She played a pivotal role in setting up the inaugural IHG Academy helping the young and long-term unemployed return to work. She recently worked with Dr Hilary Cooke to create Master Innholders Developing Additional Skills (MIDAS) in response to the exodus of young talent from the industry due to Covid. Joanne is a Fellow of the Institute of Hospitality, a Master Innholder, and St Julian’s Scholar. Joanne is currently the General Manager of the five-star Athenaeum Hotel & Residences in Mayfair, London. 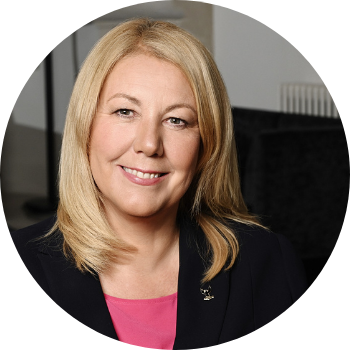 Paula Ellis has enjoyed a 35-year career working in the tourism and hospitality industry. She started her career as a travel agent, then overseas tour operator and became marketing manager of Cardiff Airport. She moved on to hospitality by working at some of Wales’s leading 4 and 5 star hotels including St Davids Hotel and Spa, the first 5 star hotel in Wales at the time, then The Vale Resort, before relocating to Pembrokeshire to join St Brides Spa Hotel in 2004. Taking a brief break from hospitality, Paula enjoyed working for Pembrokeshire Coast National Park as manager of Oriel y Parc Visitor Centre and Amgueddfa Cymru–National Museum Wales gallery.

Since 2014, she has been the Group General Manager of The Retreats Group Ltd, which operates three of Wales’ leading luxury art hotels; Roch Castle, Penrhiw Priory and Twr y Felin Hotel with its 3 Rosette Blas Restaurant. 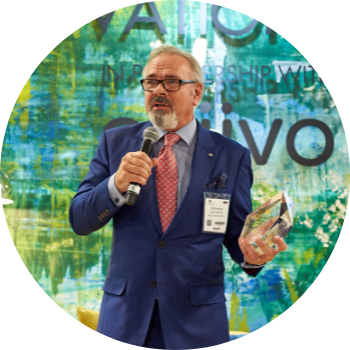 Peter Hancock is a professional conference & events host and after-dinner speaker. He is also an ambassador for James Hallam Insurance and was Chief Executive at Pride of Britain Hotels from 2000-2021, Group Publishing Director of Johansens from 1988-2000 and a hotel general manager in his early career, starting as a waiter in the late 1970s. 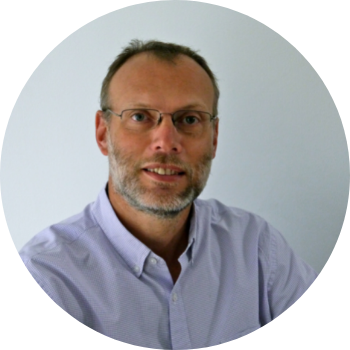 Richard is a media, publishing and marketing veteran. He started his career in Sales and Marketing at British Airways, he then spent nearly 20 years in the US at Time Inc, America’s largest magazine publisher. He was then the President of Time Home Entertainment Inc, the ancillary publishing division of Time Inc for 7 years. He is now Chief Executive at The Good Hotel Guide, the leading, independent guide to the UK and Ireland’s best hotels, inns and B&Bs. He holds a bachelor’s degree from Oxford, and an MBA from Columbia University in New York. He currently resides in Highgate with his wife and two children.

Simon has spent his entire career in the hospitality industry, from managing hotels and restaurants through to the last twenty years with the Automobile Association. As Managing Director, he is responsible for both AA Hotel and Hospitality services and VisitEngland Assessment services. This includes the various AA and VisitEngland classification and award schemes which in total numbers over 12,000 hospitality businesses

Simon is a fellow of the Institute of Hospitality, a member of the Southwest Board of Hospitality Action and Ambassador, Room to Reward Ambassador and regular judge for various national hospitality awards. Simon is passionate about mentoring, having been a mentor for Oxford Brookes University hospitality management students, an institute close to his heart having studied hospitality there himself during his formative years. 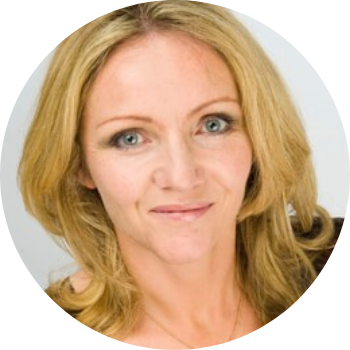 Hotels, Luxury Travel and Wellness editor, The Times and The Sunday Times

Susan d'Arcy is the Hotels, Luxury Travel and Wellness editor of The Times and The Sunday Times and co-edits the annual Best Places to Stay UK hotel guide with Jenny Coad, deputy travel editor of both titles. Susan also works as a business consultant for a range of international hotel groups, which gives her an important understanding of the challenges faced on the other side of the reception desk. 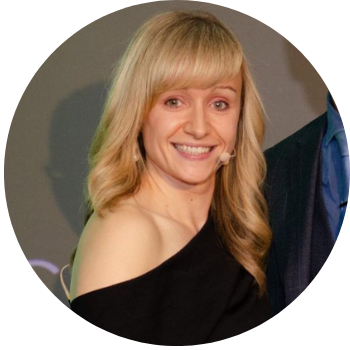 Zoe started her journalism career as a reporter on two b2b magazines in Essex, before moving to London to become Editor of Boutique Hotelier, the industry’s leading title for the UK’s independent hotel operators, just one year after its launch to the market. It’s here where Zoe got the bug for the hospitality industry; interviewing owners and entrepreneurs of exciting hotel businesses, breaking news stories and meeting inspiring individuals to help drive innovation and excellence within the sector.

Fast forward seven years and Boutique Hotelier has cemented itself as one of the industry’s best-loved bibles.