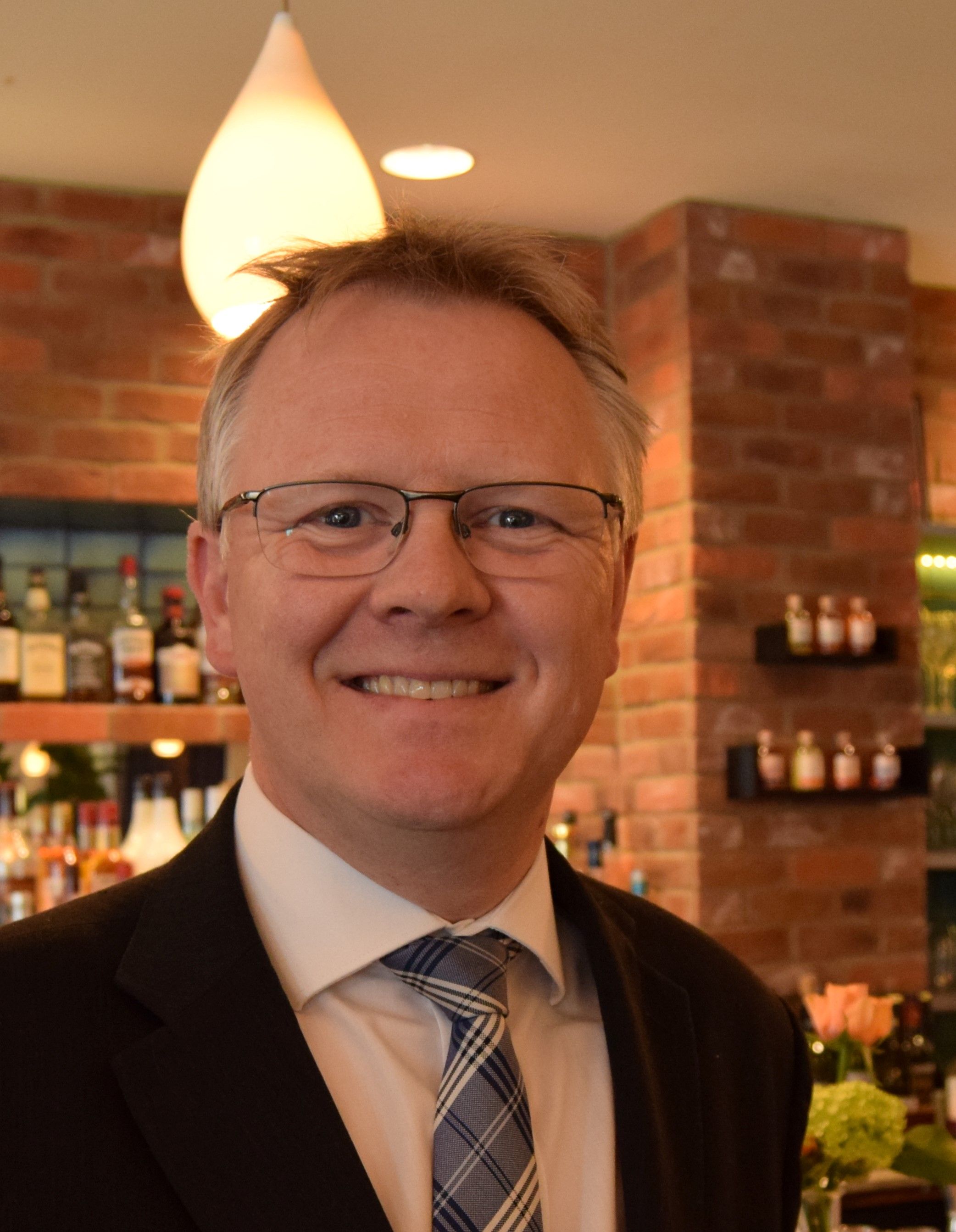 General Manager, Wivenhoe House Hotel
With 28 years in the hotel industry, now General Manager of Wivenhoe House, a subsidiary of the University of Essex and home to the Edge Hotel School (EHS). EHS is the only such hotel school in the UK that offers 2 years accelerated degrees in Hotel Management and Event Management, where the undergraduates work in a commercial hotel alongside their studies. Wivenhoe House reopened in 2012 following an extensive refurbishment, and the hotel school opened at the same time. Leaving University in 1993, I joined the Ritz, London, on their Food & Beverage Training scheme for 2 and a half years, working through all departments, back and front of house. This also included a short placement on the QEII, as at the time the Ritz was owned by Cunard. Desiring some more structured professional development, I approached the London Hilton on Park Lane, where I was appointed F&B Manager in 2004, overseeing in the next 4 years the development and refurbishment of all the F&B areas, including Galvin at Windows with Chris Galvin and Fred Sirieix. I moved on to the Jumeirah Carlton Tower in 2008, joining the Executive Team. However, with a growing family and over 20 years in London, the country was calling and I was approached to apply for the role of GM at Wivenhoe House, and was successful. The last 7 years or so have been both challenging and rewarding, and, with plans now for development in the making, the next 10 years look set to be equally exciting.
Sessions